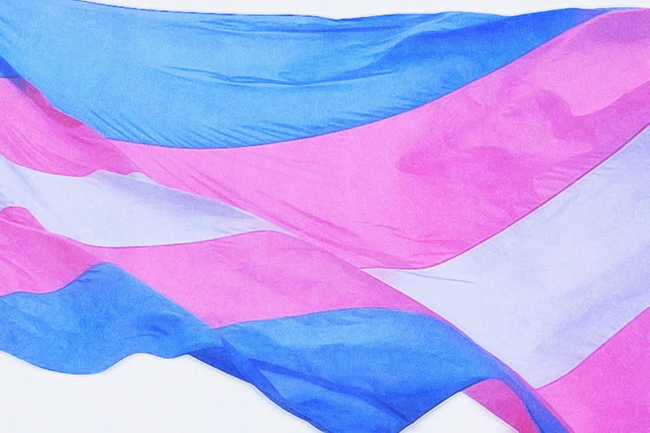 In 2014, Deshawnda “Tata” Sanchez, was desperately seeking help as she pounded on the front door of a home in Compton, California in the early morning hours just before dawn. Tata was running for her life as someone chased her down trying to harm her. From the front porch of the residence she waited for the occupants inside the house to help her. Disturbingly, help arrived too late as Tata was shot and killed by someone investigators believed was hunting her to rob her or to simply kill her because she was a black trans woman. After Tata’s death, there were no Black Lives Matter rallies or cries out to the world. Like Islan Nettles’ death before her, there was virtually no media coverage. One moment Tata, a black trans woman, was here and the next she was not.

Transgender women are under attack in this country and are dropping from violence so fast it’s hard to keep count. It’s a “state of emergency” as Laverne Cox has so poignantly described it but many of us don’t seem to be rushing to the front lines to stand with and in defense of trans women. Instead, many of us are actively dehumanizing and “othering” black trans women in an attempt to make their lives less valuable. Between the smothering homophobia that we as a culture still have yet to grapple with; transphobia has added another layer to the dynamic of black silence and the raging unconscious bias against trans people, in particular black trans women. Though two of the founders of the #BlackLivesMatter movement openly identify as queer women, the groups efforts to arrange protests and disruptions in the name of black trans women have been weak. This failure to stand united for all black people is the same reason why there were no nationwide protests when Islan Nettles was beat to death outside a NYC police station after which her killer was set free. Her life as a trans woman did not matter. In 2011, CeCe McDonald, a black trans woman and LGBTQ activist from Minneapolis, Minnesota, was convicted of second degree manslaughter for defending herself in from a racist and transphobic attacker. CeCe McDonald’s well-being did not matter.

“At least 20 transgender non-conforming women of color have been brutally murdered this year in America with no national outrage,” says Lourdes Ashley Hunter, the executive director of the Trans Women of Color Collective. Violence against all trans women is unfortunately very common, but violence against black trans women seems to be on the incline. Only nine of the 20 reported homicides have led to murder charges. To see how this number is growing you need only to compare it to last year’s nationwide tally of 14 trans women murdered (reported and on record). In Ohio in 2014 alone, Brittney Nicole Kidd-Stergis, Cemia Dove, Betty Skinner and Tiffany Edwards were each attacked and murdered as a result of transphobic violence. Transgender people are seven times more likely to experience police violence and this number drastically increases if they are trans women of color. In 2013, there were at least 12 homicides of transgender women, they were all women of color. On September 24th, 2013 an LGBTQ activist and a former student at New Jersey’s Rutgers University named Eyricka Morgan was stabbed to death in a boarding house. During the media coverage of Morgan’s murder, media outlets deliberately referred to Morgan as a man and used her given name, despite journalistic standards endorsed by The Associated Press Stylebook that suggest that reporters should “use the pronoun preferred by the individuals [and] if that preference is not expressed, use the pronoun consistent with the way the individuals live publicly.” “You don’t have to kill a trans woman to engage in violence,” says Hunter “Misgendering a trans woman is an act of violence. Outing a trans woman is an act of violence,” says Hunter. “Asking unwarranted and uninvited questions is also a form of violence. Trans woman must be able to exist without the threat of any and all forms of violence.”

Police assault upon black women often does not garner as much media attention as an assault upon black men, but even then assaults on black cisgender women are more likely to receive media coverage than violence perpetuated against a black transgender women. We know Sandra Bland’s story. We remember Tanisha Anderson, Ralkina Jones, Kindra Chapman, Joyce Curnell and Raynette Turner and years later we can’t forget Tarika Wilson. It’s because of deaths like these as well as the deaths of black men and children like Eric Garner, Trayvon Martin and Freddie Grey that the #BlackLivesMatter movement was born. As a call for social justice and recognition, the movement serves many and at the same time leaves just as many ignored while shining a light on black transphobia. Transphobia, when one has an unreasonable fear of or antagonistic attitudes or antipathy toward transsexuals.

“The physical violence we face is inextricably linked to structural or state sanctioned violence. In 33 states there are no legal protections for trans people when accessing jobs, housing, healthcare or educational opportunities. We are being denied the opportunity to invest in our own lives and this puts us at a greater risk for physical violence,” says Hunter. Not only do we expect silence from the trans community, black organizations actively engage in erasure by closing their leadership roles to black trans representatives. Effectively, black organizations are saying to trans people and their allies that trans people are disposable, do not deserve care or attention and that only one type of black life matters and it’s the one they find to be the most acceptable–the black male killed with reckless abandonment and impunity. These are acts of violence against trans people. These are acts of violence against women. “We are fighting every day simply to breathe, to exist. When I say that every breath a black trans woman takes is an act of revolution I mean that with my whole heart because every day, we wake up in a world designed to erase us off the face of the earth,” says Hunter.

We must realize that violence against trans women or against any person in our community is violence against us all. “I have yet to read about a black trans woman killing another black trans woman. I think the greatest barrier to having courageous conversations about the physical and structural violence black trans women face is the acknowledgement of accountability that accompanies such a declaration,” Hunter says. “The declaration that we exist and that black men, men of color are attracted to, partner with and in many cases are killing us. We have to acknowledge all the ways structural oppression shows up in all of our lives as well, cis folk must acknowledge and end all the ways in which they actively engage in violence everyday by imposing and reinforcing social constructions of gender.”

The glaring problem with saying #BlackLivesMatter with an implied, unspoken “but” attached is that in essence we are saying we do not care to acknowledge the violence or fight the marginalization of black trans and queer people. We should not rush to the streets only when young, heterosexual black men are murdered in cold blood. There needs to be equal outrage, activism and inclusion when gay, trans and black women’s lives are being held in the balance as they are right now. Sandra Bland’s value as a black women in no way shape or form outweighs the value of the lives of trans women like Aniya Parker who was murdered in a vicious hate crime in Los Angeles earlier this year or 28-year-old Zoraida Reyes who’s body was found in a parking lot behind a California Dairy Queen. It’s not just black trans women who need to be on the front lines fighting for the lives of other trans women of color, it should be all black people who want to dismantle white supremacy, patriarchy, transphobia and transphobic violence. When we shout that black lives matter from the depths of our souls, we must mean it for all black people. 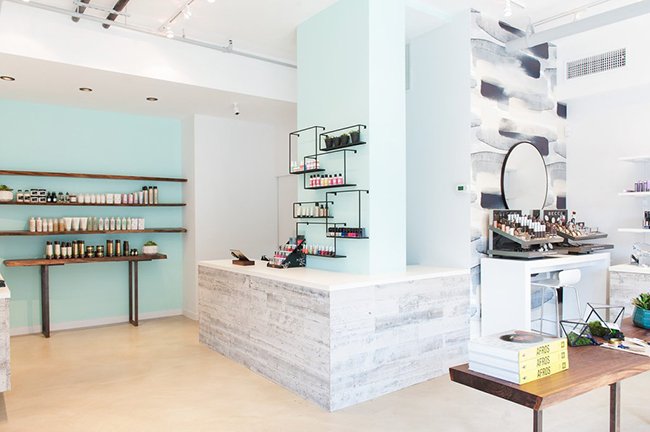 Beauty
1 in 12 Products Marketed To Black Wome...
Popular brands like Black Opal and Creme Of Nature scored poorly for safety.