Recently, I was giving a cousin some natural hair tips and I even told her about this blog. She’s a type 3, just big chopped, and has no idea what to do with her hair. I’m a type 4 but we both have very thick porous hair so our regimens and product usage is very similar. Anyway, her mom over heard me talking to her about our “curly hair needs” and turned to me to say, “But your hair is not curly, it’s nappy.” Normally, I’d snap back, but this is my aunt (married into our family I must disclaim) and I love my cousin and my uncle. Though her comment was snide it made me wonder about this…Do you think that kinky hair is nappy or curly? – Jocelyn

I think a lot of naturals with kinky hair can relate to wondering about this. Since we’ve heard our hair is nappy for so long from both a historical and even current cultural perspective from both white and black people, many of us can’t think our way outside of these thoughts. For many black women, being “nappy” conjures up the self-hate ideas tied to being too black and when you are too black, your hair is too tough, too “not curly”, too far from white, too brutally reminiscent of who we really are–African descendants. If you are not comfortable in who you are, recognizing and accepting where you come from, then of course this will sting.

But since you asked me what I thought, I’ll answer your question. Do I think that kinky hair is “nappy”? No, I don’t. I think kinky hair is just that–kinky. Whether that be tinky (tiny and kinky) coils, curls, zigzags, whatever. Whenever I heard nappy growing up, and even today as a descriptor for hair, it’s more often than not followed by some kind of turned up lip or sigh of relief that said person is not “nappy.” The idea of hair being too bad to manage or nappy is not a school of thought that I personally follow.

However, I will say that there are also many kinky-haired naturals who tend to follow the train of thought that is similar in vein to “nigger” or “bitch.” They claim to use the word nappy with power and respect and have taken back the negative connotations associated with it.

Since I’m very comfortable with myself, when little snide things were said about my hair I laughed them off. I realized the person saying them was really giving the whip of verbal lashing to themselves–not me. I’m a black woman with kinky hair and if that bothers you, then that’s your problem and not mine. When someone tries to throw shade like your aunt and say my hair is nappy, I actually hear what they are really saying which is something along the lines of, “You are really black!” therefore, I usually respond with, “I know.” it often flies over their heads, but people who dish out insults usually never even understand why they are dishing the insults and that their insults are actually reflection of their twisted mindset in the first place.

Your aunt has some growing to do but remember that none of us can save the world. The best way to teach someone what you want them to learn is to show them. Be confident in your hair and skin. That’s all that really matters at the end of the day.

Hair Care
Understanding Natural Hair Texture: The...
Understanding the difference between coarse and kinky hair is important, but it may surp... 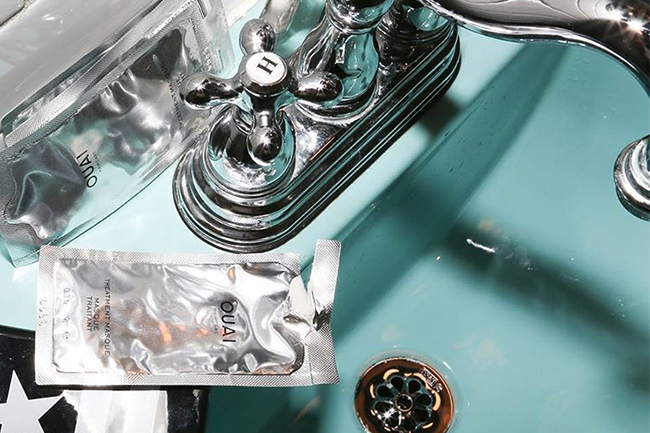 The Best Deep Conditioner
12 Moisturizing Hair Masks For Dry, Dam...
Your thirsty hair deserves a mask that softens and moisturizes.

Hair Care
Your Hair Texture Is Not Tougher Than &...

Hair Care
7 Habits of Girls With Gorgeous And Hea...