SUBMIT CONTENT! WRITE FOR US! CLICK HERE TO LEARN MORE
HOME > Lifestyle & Culture : Culture
Lupita Nyong’o Has A List Of Things To Know Before You See Her On Broadway In ‘Eclipsed’ 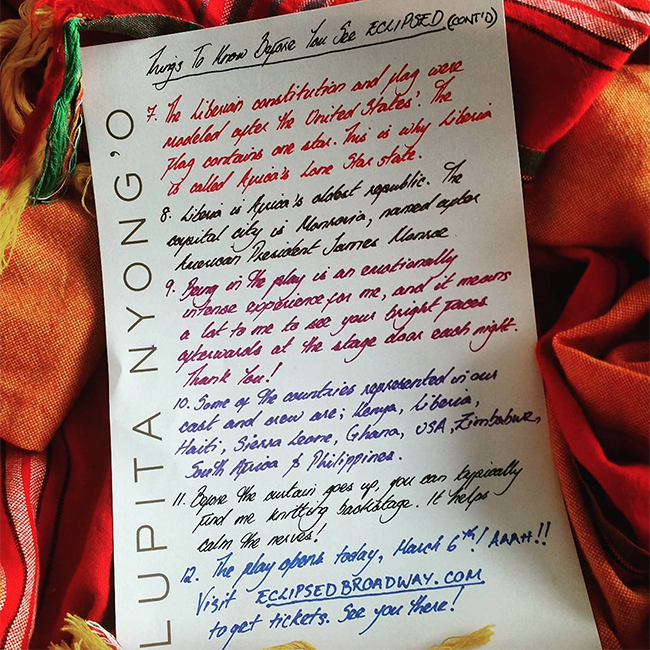 The bae Lupita Nyong’o and bae Danai Gurira are working together to make some epic #BlackGirlMagic. Lupita is staring in the Broadway play entitled “Eclipsed” written by playwright Danai. (We’ll allow you to pause to collect yourselves here…) The play, which tells the story of the difficult choices that many Liberian girls have to make when they becomes a woman, is Lupita’s Broadway debut and has already garnered rave reviews. “Eclipsed” also is the first Broadway play that is both performed and directed by black women. See a preview of “Eclipsed” its brief run at the Windybrow Centre for the Performance in 2010 below.

In Lupita fashion of keeping us on our toes with her Instagram posts, the Oscar winner shared a color coded list of of things to know about the play before seeing it as well as how excited and grateful she is to be performing Eclipsed on Broadway.

Culture
Lupita Nyong’o, Is A Stunning Bea...
“I loved make-believe. I was the child in the cupboard playing with my Barbies. [The C...

Culture
Desert Flower: The Extraordinary Journe...
This book tells the story of a broken little girl who faced a horrific life of oppressio... 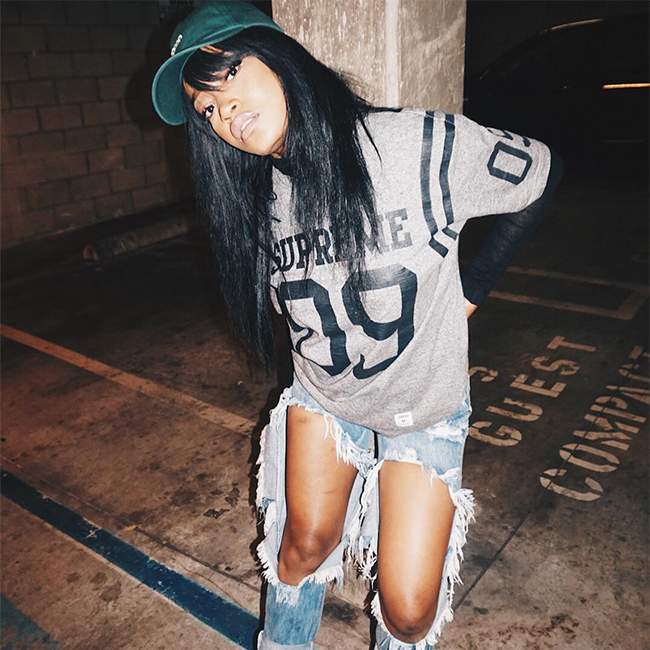