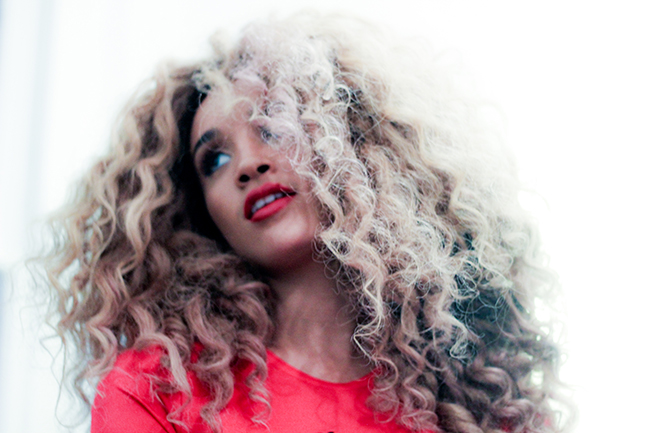 When you hear the moniker Lion Babe, what instantly comes to mind? If you’re like us, it’s a picture of a sexy and mysteriously alluring woman with an insane amount of beautiful and wild hair. In this instance we are referencing to exactly that, the new New York City musical duo that’s composed of Jillian Hervey (Vanessa Williams’s daughter and the Lion Babe herself) and producer Lucas Goodman.

The duo sampled Nina Simone in their collaboration with Childish Gambino for their single “Jump Hi.” As for the sound, their neo soul music is clearly a mixture between soulful 70s and 90s R&B. We’re really digging “Jungle Lady” a whole lot and have already had this single on repeat for quite some time. Jillian croons in classic soul over cords, laying vocals down like the millennial version of like Erykah Badu.

Though Jillian’s voice thus far has not shown itself to be as strong, there is no denying that if you were to listen to either of their records you also may mistake her for Erykah. And if you happened to see her from the side or from behind, you might think you were standing beside Kelis thanks to all of that hair. What’s a girl to do when you sound like one of the biggest, already established stars? Take that sound and lay it over soulful R&B and pop beats that have been pumped up with electric cords. So far, it seems to definitely be working.

Lifestyle & Culture
Advice My Mother Gave Me That I WonR...
I've come to an agreement with mother that my worth as a future wife and mother needn’...
LGBTQ
9 Trans Women Of Color From Activists T...
There have been countless trans women of color who became activists, often in an instant...

Lifestyle & Culture
How To Embrace And Celebrate Being Diff...
I've come to learn how to embrace being different from my freckles and kinky hair to my ...