Social media has been abuzz since the trailer for Nina starring Zoe Saldana dropped. Many people were livid that Saldana was not only chosen, but also dared to accept the role of playing the legendary Nina Simone. Simone was extremely honest and outspoken about the issues around not only race, but also colorism. It stunned many that Saldana, a light-skinned Afro-Latina with a history of distancing herself from her blackness, and an even sketchier history of acknowledging it when it’s convenient, used blackface to portray Simone, an unapologetic Black woman who lived proudly, but suffered immensely because of her dark skin. This controversy had people on both sides of the issue weighing in. For better or worse, it started a much-needed conversation about colorism and light skin privilege.

I am not here drag Zoe. Not because I don’t think she deserves it…I cannot express to you how much I wholeheartedly believe she deserves to be dragged for filth by social media and black women everywhere. But, there are some brilliantly written think pieces out there about Saldana and Nina and I don’t think there is anything I can add that hasn’t been already been said. I do however, want to talk about the issue of colorism. For the people in the back who may not be familiar with the term, simply put, colorism is a form of discrimination, where people of color with lighter and fair colored skin are treated better, held in higher regard, and are seen as the ideal and sometimes “safe” persons of color. Colorism not only comes from the perpetuators of white supremacy, it happens within our own communities.

Colorism is essentially a subset of racism that divides an already marginalized people. Its roots go back to slavery. We’ve all heard the jokes and tales of field slaves and house slaves and how lighter-skinned slaves enjoyed some benefits and privileges that darker-skinned slaves did not. Field slaves did all the hard work in the fields; lighter-skinned slaves did the easier work of tending to the house. It also implies a subtle, but not so subtle indication that the lighter-skinned slaves somehow have unearned but ‘’earned’’ privileges because of illicit relationships they may or may not have had slave owners. I won’t even get into the discussion of how consent did not and could not exist during that time, but that’s a whole ‘notha rant for another time and place. I digress. How preposterous that in discussions about something as serious and damaging as slavery, we find ways to further divide black people.

Today, colorism is so destructive and its effect so pervasive, that you can walk into any beauty supply store and find skin-lightening products marketed towards darker-skinned women. This is unacceptable and wholly damaging. Change begins with us. Just as racism is white people’s problem, colorism, which is internalized racism, is our problem and I believe it starts with us lighter-skinned women. I don’t think women of color believe, acknowledge, or are even aware of the privilege some of us have. Yes, us light-skinned women have privilege. We are used to dealing with the racism that we experience living under the patriarchy, white supremacy, and through Hollywood’s white gaze, but we rarely, if ever, experience colorism and discrimination which often happens within our communities. And, honey, it’s time we not only acknowledge that privilege, but learn to check it because our dark-skinned sisters don’t need our fragility interrupting these conversations and making light of the issue of colorism. In short, stop defending Saldana and deflecting the issue of colorism and start listening.

First and foremost, we must, and I mean must dispense of the notion that lighter skin is akin to whiteness. This is what I refer to as the “black, but not black-black” myth. This idea that white is right and beautiful, and anything close to it is just as right is dangerous and ridiculous because no matter how light or fair a person of color’s skin is, they will never benefit from white supremacy or experience white privilege. We lighter and fairer-skinned black women have to cape for darker-skinned women because their lives are in danger. It’s well known and documented that many perceive darker-skinned women as more threatening, less educated, and less attractive. And we know that is no truer than the myth that white supremacy perpetuates about all black people being inferior, less attractive, desirable, and/or as intelligent as whites.

It is imperative that we as a people unite to end colorism and this internalized racism within the black community. The roots of colorism are firmly planted and continue to spread. I remember something a landscaper once told me, and it couldn’t be more applicable on the issue of colorism, “Once the roots appear on the surface, there is little that can be done to remedy the situation without substantially damaging the bush.” This is exactly what we need to do if we want to accomplish our goal to dismantle colorism. We want to damage it completely, and make it so the roots won’t hold and the tree dies.

So, it’s more important than ever that us lighter-skinned women be more vocal. If you don’t feel that this is an issue to cape for under your umbrella of intersectional feminism and womanism, then you have to admit that you don’t want equality, you want privilege.

Body Acceptance
Black Skin, High Bridge: On The Quiet O...
Makeup is not supposed to transform you into another person or race so that you are now ... 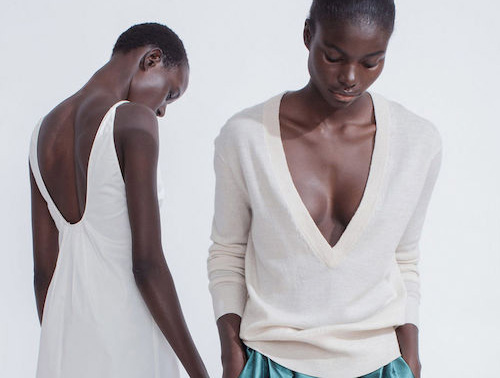 Culture
The Danger Of Respectability Politics
You’ve seen this before, its a form of black conservatism.