SUBMIT CONTENT! WRITE FOR US! CLICK HERE TO LEARN MORE
HOME > Lifestyle & Culture : Rape Culture
It Has A Name: On Calling Out Rape Culture 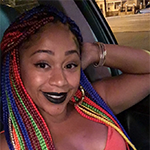 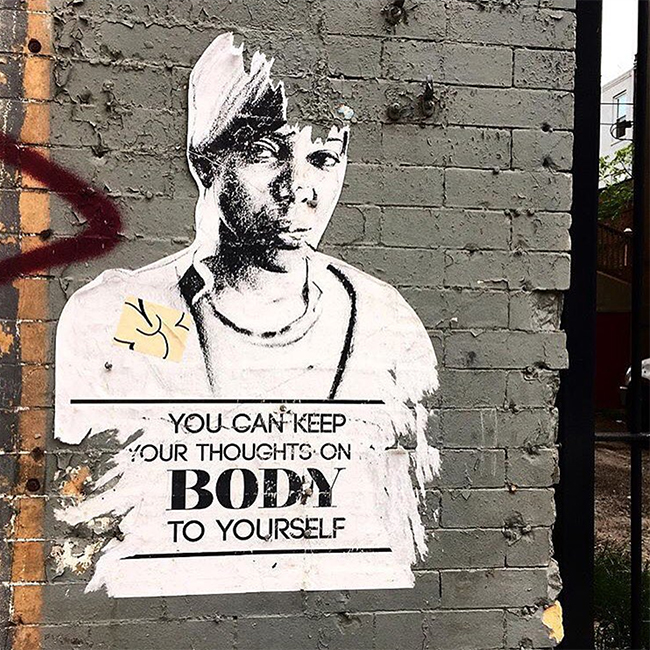 IT was behind the slut-shaming I faced as a young girl. The IT that covered me in shame was often celebrated by men. Men who have with sex with thirteen other women and was considered “The Man”, while I was ostracized and judged. IT is why I am labeled as fast… which later evolved into slut. This new label would lead many men to believe my body was for their consumption. IT is justified why my ‘’yes’’ to one, or even some, meant an automatic yes for the rest. The false belief that because I said yes to some, all were welcome, without consent. IT has led to violation after violation. IT compelled men to beg and plead with me to say “yes” after repeatedly saying “NO!” IT made men secretly take off condoms without regard for my body. IT ultimately aids perpetrators in my physical and emotional trauma. The IT I speak of is rape culture.

Rape culture is me telling my doctor that I was raped and not being offered a rape kit. At that time, I didn’t know what a rape kit was. It wasn’t offered. It wasn’t discussed. I cannot be certain if their decision to ignore my admission of rape was a decision made based off my promiscuous past or their not wanting to take me seriously; maybe the two went hand in hand. What I know is, I was afraid and confused and wasn’t offered any kind of guidance or support. I was left to deal with my rape all alone because no one could understand.

Rape culture is someone, who I considered a friend, raping me, then me speaking up about it to our mutual friends; making them question my credibility but never questioning his. Rape culture is opening up to a friend about my rape only for them to respond with a question that cut deep, “Well, why didn’t you scream?”. I never got the memo that there was an appropriate or preferred way to properly react to rape. Rape culture is so-called friends expecting me to be comfortable around my rapist after confronting him. Friends telling me “talking about the past won’t fix anything,” after verbalizing the agony my rape caused me. Rape culture is being silenced. Rape culture has forced us to believe that it is better to pretend these traumatic experiences did not happen, as to not make others uncomfortable. While everyone else is comfortable, a sexual assault survivor feels the world caving in. I, the survivor, felt alone and betrayed. All because the people I trusted preferred comfort at the expense of my humanity.

The first step in my healing process would be cutting off anyone who refused to admit the damage and trauma caused by rape. I had to start over. I had to begin with new friends. It was the only way I would ever truly feel safe again and regain myself worth. After months of counseling and speaking out, I have finally won back some kind of control over my life. At times, the victim that will forever live in me takes authority and I break down. Thankfully, I now have the coping skills necessary to reclaim my power.

This culture is the reason behind the detective I reported my assault to telling me, “If you are crying now, you won’t be able to handle a trial.” A trial would consist of my past consensual encounters being put on display to prove that I like sex. But a women liking sex does not equate to her never saying no! That idea alone, is rape culture. Learning to deal with my sexual assaults, despite a world that encourages what has happened to me and 1 in 5 other women, is stressful. To try and get through this with a predator being our potential president leaves me overwhelmed with a feeling of hopelessness. This life threatening part of our heritage is in our music, magazines, television, and social media. You can also find it in your workplace, the grocery store, or on the train. It knows no boundaries; rape culture is everywhere!

Rape culture will be the source of many people reading this and thinking, “She shouldn’t have put herself in that position!” as opposed to, “Why would those men do that?” This culture screams that women’s bodies do not belong to us and that we are just sexual objects. Unfortunately, most people will not notice the severity of the effects of rape culture until their bodies are compromised, and their silence demanded.

Editor’s Note: If you or someone you know has been sexually assaulted, you are not alone. There is help available. See How To Get Help (Or Help A Friend) After A Sexual Assault for resource information.

Original Series
On Consent, Rape Culture And Healing Af...
Five brave women sit down to share their personal stories of healing and moving forward ...
Mental Health
Building Emotional Strength: How To Fin...
Your life doesn’t actually need to be in shambles to benefit from therapy. It takes st...

Hair Care
On Cutting Off My Natural Hair For A Fr...

Video
‘Nutcracker’ Is A Provocative And I...
It's a film seen through the eyes of a very vulnerable teenager and wrapped up in a stor...