“I love my natural hair and I don’t even mind how it looks when it’s wet out of the shower and after I’ve just gotten out of the pool. It?s very kinky and shrunken up and I don’t have curls that bounce around. With that, I feel some kind of way about how my hair looks when I’m coloring [having sex] with my husband. It does a number on my hair. I feel like I loose my sexy with matted hair. It’s interesting that I feel this way and I don’t know where this is coming from. How can I feel sexy with my natural hair during sex?” Nikki

I can absolutely relate to this, and I know a slew of other naturals can. The transition back to our natural roots is so much more than simply chopping off the relaxed ends of our hair (or using clippers to cut it all off and start anew). It’s about rewiring our brains, reconciling with our new reflections, reestablishing our confidence levels, and unlearning everything we thought we knew about the standard of beauty. When going natural, we prepare ourselves for new hair growth, but never for the grueling, emotionally taxing kind of personal growth.

If I had let it, feeling sexy — or lack thereof — in an afro would’ve deterred me from going natural in the first place. You just don’t see black, afro’d naturals in the mainstream media. We instead see a very specific standard of beauty that goes across the board: fair-skinned, straight- (often blonde-) haired, light-eyed, thin-framed beauties. Anyone else that goes outside of that box is considered an anomaly.

Even many of our own supposed black role models easily fit into this overplayed template of beauty, so thank goodness for Solange, Esperanza Spalding, Alek Wek, Yaya DaCosta, Grace Jones, & the many, many other black, natural, afro’d beauties we see outside of the mainstream media and inside blogs, YouTube videos and Tumblr accounts. Without them, I would’ve thought that sexy, black, afro’d women simply didn’t exist.

+ If you know a romp in the sheets is in your future, plan for it. Braid or twist your hair & pin it back gracefully with bobby pins before bed so that you won’t worry about your ‘fro getting messed up during coitus. I do this myself and feel 100x more confident when I know my hair is out of the way, but still showcased beautifully.

+ Devote a few hours to taking some sensual, scantily clad pictures of yourself. A private photo shoot, of sorts. You control the shots, the angles, how much skin is showing, etc. Use a self-timer and go at it, beautiful. Keep only the pictures you like, or destroy all of them. Absolutely no one has to see these images but you.

+ If you have one, ask your significant other what it is that makes them sexually attracted to you as a natural. If they say, “I love your hair,” ask them to articulate what they love about it. Have them go into detail so you get a clear idea of your sex appeal in their eyes. Their answer(s) will certainly give you a new perspective on yourself as a sex symbol (because you are one in your own right).

+ When you catch yourself coming out of the shower (or even just walking past a mirror), sit with your reflection and ruminate over all the ways in which you are a sexy, sensual creature. If you can’t think of anything, try harder. Keep your eyes fixated on your body, your curls. This won’t be easy, but it’s needed for you to realize the sex goddess you are.

+ Set boundaries. If you have to tell your lover to keep their hands out of your hair while you’re getting it on, do so. At least until you feel comfortable with who you are as a sexual creature and what that entails…frizzy hair and all.

+ When you see a picture of a black, natural woman, rather than think, “She’s pretty,” shift your thoughts to “She’s sexy. She’s sensual. She’s erotically beautiful.” Admire her body, her thighs, her curves, her cleavage, her curls in the same way you would if Beyonce was scantily clad on the cover of Cosmopolitan magazine.

When I first BC’d, I had steady knowledge that depictions of black afro’d women were rare, so I told myself, “Well, I’ll just create my own standard of beauty, then!” Now, I’m not saying that my outburst of inner rebellion wasn’t a noble cause. It was. But my therapist once told me that you can’t be what you can’t see. And she’s absolutely right. If there are no consistent images of faces, curl patterns, skin tones, & noses that look like mine, the harmful assumption is that it’s because that’s not what “sexy” and “beautiful” is.

A tough, outer exterior & confidence in one’s self is not enough. One needs positive, unabashed reinforcements that their body, their hair, and the expression of their sexuality is as beautiful as it is important. One needs proof. One must go a step or two further.

So I began to make it a mission to surround myself with images of sexy, afro’d naturals, pushing aside the falsehood that they just don’t exist. It’s true that I had to dig, sometimes tirelessly, for healthy depictions of natural, afro’d beauty. But if you commit yourself to finding them, they will be there. I also had to make a conscious effort to truly see those images and those portrayals, and in doing so, put it in my head, loud and clear, that the it was beautiful/sexy.

Kwensi Abbensetts
Photography
A talented photographer with an eye for black, unadulterated beauty. The models are natural, afro’d, & sexy. Check out his photo shoots, not so much his street-work. He is also the photographer who took the photo of the woman at the start of this piece.

Arielle Loren’s CORSET
Magazine
Arielle’s first, inaugural issue featured her own sultry, sensual, nude photo shoot. The pictures of her chocolate skin & gorgeous afro gave me goosebumps. It was the first time I saw myself — my true self — in a form of media.

The Awkward Black Girl
Web Series
One of the only modern shows I religiously tune into. Issa Rae is not only a great actress, but she is the beautiful, afro’d leading lady in her self-made series about a black girl who lovably awkward. I see myself — my true self — in her, too.

The Kids are Alright
Film
Yaya DaCosta is stunning in this film, & her kinky afro is large & in charge. She also happens to be the love interest of the male (white) star of the movie, something we rarely see in movies.

A Good Day to be Black And Sexy
Film
An independent film that features several vignettes of black men & women on the topics of sex & love. I appreciate this film because it shows an array of diversity amongst black women, not just in how they express their sexualities but in the way they wear their hair: braided, afro’d, weaved, and relaxed. 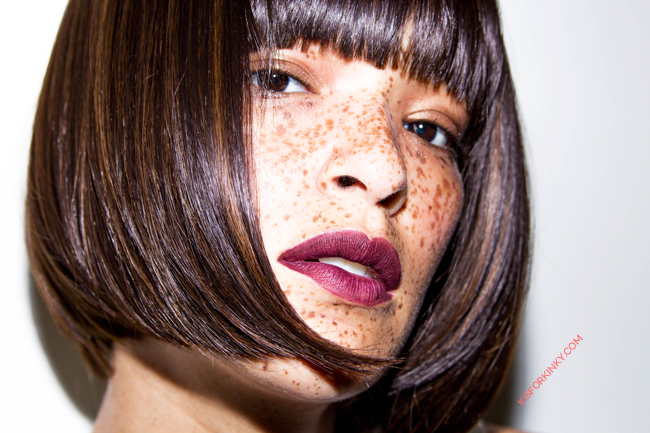 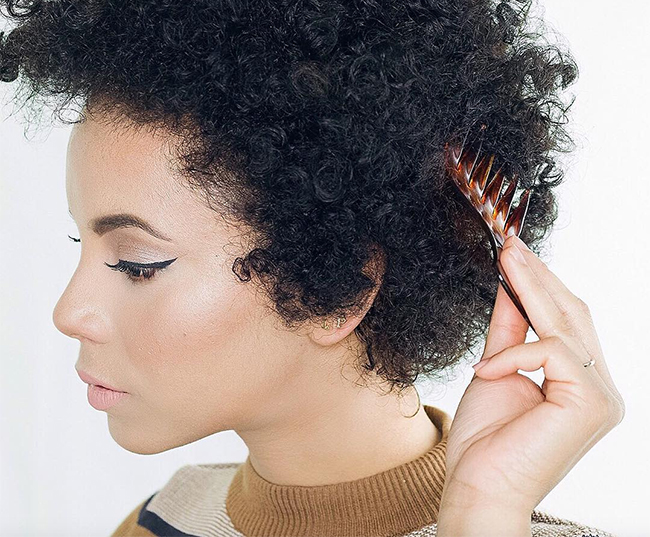