There are tons of articles online on how to be a trans “ally.” Just searching “how to be an ally to the transgender community” brings up various resources to help you navigate your “allyship.” We should start by saying that we all make mistakes and many of us who call ourselves allies and comrades will probably make them as we grow to be stronger and active in our solidarity. However, we must also understand how even our simple mistakes impact the lives and livelihood of our community.

If you want to be more active, present and intentional as you stand in active solidarity with our trans community, remember that it’s not about being perfect and it’s not about you. Being in active solidarity means actively engaging in the elevation of your own consciousness. It means learning from the experiences and leadership of trans people. It means listening with intentionality, acknowledging and checking your privilege most importantly, it requires growing and loving in community. Standing in active solidarity means talking a step back when trans people declare that they need space. We partnered with Lourdes Ashley Hunter, MPA, co-founder and national director of the Trans Women of Color Collective (TWOCC), to compile this list of six ways to actively stand in your solidarity with our trans community (this list is by no means comprehensive but is still a great starting point). “Solidarity with the trans community is not a retweet, like or Facebook share,” says Hunter. “Solidarity is informed, intentional, recurring sustainable acts of service.”

Actively Engage In The Elevation Of Your Consciousness

One of the things we hear the most often is, “I just don’t understand transgender people so I’m not sure I can be of any help.” Honestly, how can you understand someone that you have yet to engage fully and with intentionality? It really is that simple. “It is not the role of transgender people to teach cisgender people anything for free,” points out Hunter. Read, research and grow in your knowledge on our transgender community. Seek to become educated around how structural oppression manifest in the lives of trans folks.

Call Out And Hold People Accountable For Transphobia
“Trans people have spent their wholes lives fighting just to simply exist. Everyday we wake up in a world designed to erase us off the face of the earth,” says Hunter. It would help if cis folk would step in and step up when they here a transphobic joke at their workplace, home or community. It’s not cool to stay silent. Always remember that your silence is also a form of violence and when we don’t speak up we are contributing to violence against trans people. Trans people navigating cis dominated spaces is violence laying in wait.

Understand That “Passing” Is A Socially Constructed Notion
No matter your personal truth, a person’s worth should not be measured by how “male” or “female” they appear. By quantifying a trans person by how they look reinforces the idea that there is only one way to show up in the world and this is not okay. Trans people have enough people negatively focusing on their appearance and transition, and as a comrade, it’s important that you understand that a trans person’s value, and that even your value, is in no way connected to your looks or fitting into socially constructed and reinforced gender binary. Forcing heteronormative gender roles and expectations through notions of ‘passing’ is an act of violence. Always remember that your personal standards of beauty do not validate anyone.

Recognize How The Gender Binary Works
If you were born more than a year ago, then you were probably taught like most of us that gender expresses itself in two ways: boys like trucks and the color blue and girls like to cook and the color pink. By enforcing or reinforcing a socially constructed gender binary, we erase the lives and narratives of trans, gender non-conforming and intersex people. People are born in diverse bodies and  “variations in sex characteristics including chromosomes, gonads, or genitals ‘that do not fit typical binary notions of male or female bodies’ do exist. And keep in mind, just because you may not ever fully understand this does not give you the right to decide how a person should live their life. “We should be working to dismantle the idea that we can only show up in the world either ‘male or female’,” emphasizes Hunter.

Don’t Focus Solely On The Celebrity
Focusing on the “celebrity trans person” discounts the many experiences and narratives trans people contribute to society. There is more to understanding transpeople and the impact of gender binary than binge watching “Orange Is The New Black”, or obsessively following Janet Mock on Twitter. While these women have contributed immensely to trans liberation movements through increasing visibility and dialog there are more than two trans people in the world. Focusing on famous people discounts and erases the lived realities of many trans people and takes the focus off of the important things that trans people are fighting for like fair access to healthcare, jobs, safety and basic civil rights for all trans people. By focusing on the bigger picture you say to the world that all black trans lives matter.

Invest And Leverage Your Access To Resources To Support The Work Of Trans And Gender Non-Conforming Led Work
“Trans and gender non conforming people are disproportionately impacted by income inequality. The average income of a black trans person is less than ten thousand dollars. The unemployment rate of black trans people is eight times that of cis people,” says Hunter. “It is critical to support the work of trans led initiatives of organizations like Casa Ruby LGBT Center and Trans Women of Color Collective who are working everyday to shift the narrative of violence, unemployment and every other disparity our trans community faces by donating funds, leveraging resources and through donating time through volunteering. There is room for everyone in the movement of collective liberation and we all must do our part if we are all going to get free.”

This story was originally published as part of our 2015 Transgender Awareness Month project which is a multi-part series that address the current issues affecting black trans women from violence to discrimination. 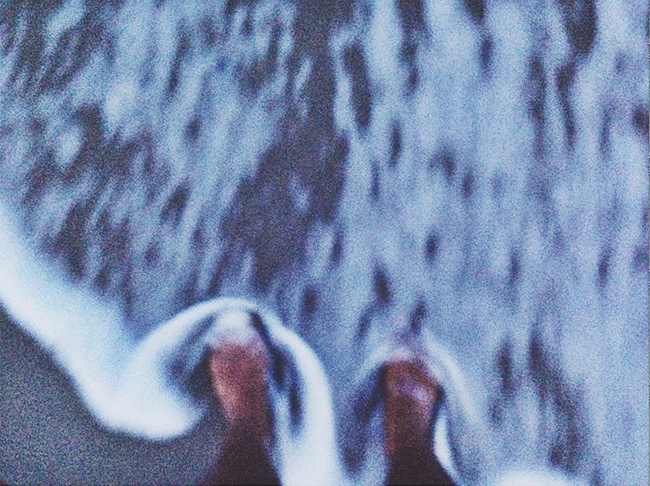 LGBTQ
We Need To Address The Growing, Raging ...
When we shout that black lives matter we must mean it for all black people.