We know she’s not performing at Afro Punk this year, but Janelle Monáe and her Wonderland Records labelmates are touring across the U.S. for their Eephus tour. While on the road, Monáe and the Wondaland crew have also been leading Black Lives Matter rallies in New York, Philadelphia, and Chicago. This week alone they’ll be hitting the west coast with shows in Los Angeles and San Fran. (Fingers crossed we get the invite for the secret show here in Los Angeles.) In her new 6 1/2-minute protest song, “Hell You Talmbout”, Ms. Monae and crew sing out the names of black folks who’ve lost lost their lives due to injustice and police brutality. It’s a battle cry that’ll ignite and keep your black girl power flame burning. Janelle lights a fire within us, so, Janelle, we dedicate this look to you.

When you think Janelle Monáe, Cover Girl cherry red lips and luscious lashes come to mind. Well this is the remix. On Lesley’s face, we decided to mix it up and give her a blackberry molasses lip. Juicy and shiny in all the right places. Because Ms. Monáe is so animated we thought a graphic eye would be perfectly befitting. To get this Afro Punk makeup inspired look for yourself, use a liquid or gel eyeliner to create a traditional thick wing across your lids. Using the crease of your eye as a guide, draw a connecting line from the winged tip toward your nose. You’ll stop just short of tracing your entire eye area. No one will know what you’re working with until you close your eyes to really get into the music. #FlexingWhileDoingYoga

Lesley looks beautiful in her Afro Punk makeup look inspired by a Ms. Monáe–a look that we’d planned out weeks ago. With the recent turn of events and the attempted silence of Janelle on the Today Show, we thought it was still fitting to run this piece but we wanted to focus less on beauty (because as fun as makeup is, it’s superfluous in the grand scheme of things) and more on the inspiration behind this look. Yes, Janelle’s aesthetic is amazingly refined and meticulous and she is a beautiful Cover Girl, but we also admire her fearless activism. As an artist and activist, we are inspired by Janelle in so many ways. She is strong, bold and will not be silenced. She is brave. Behind the lipstick and the beautiful brown eyes is a soul that shines so bright and we see that in her. That is the Janelle we speak of. Of “Hell You Talmbout” she says: This song is a vessel. It carries the unbearable anguish of millions. We recorded it to channel the pain, fear, and trauma caused by the ongoing slaughter of our brothers and sisters. We recorded it to challenge the indifference, disregard, and negligence of all who remain quiet about this issue. Silence is our enemy. Sound is our weapon. They say a question lives forever until it gets the answer it deserves…Won’t you say their names?

Janelle, thank you for standing in your truth. Thank you for speaking out when others dare to try and silence you…silence us. Thank you for your “jamming-ass” uplifting music. Thank you for representing #beautyinourreeflection authentically. We say their names with you. We love you, sister. #SayHerName #SayHisName #SayTheirNames #HellYouTalmbout #BlackLivesMatter

Makeup
For Girls Who Afro Punk
Do you believe in #BlackGirlMagic? This isn’t about the natural hair it’s about the ...

Makeup
Pretty In Pinks. A Beauty Moment For &#... 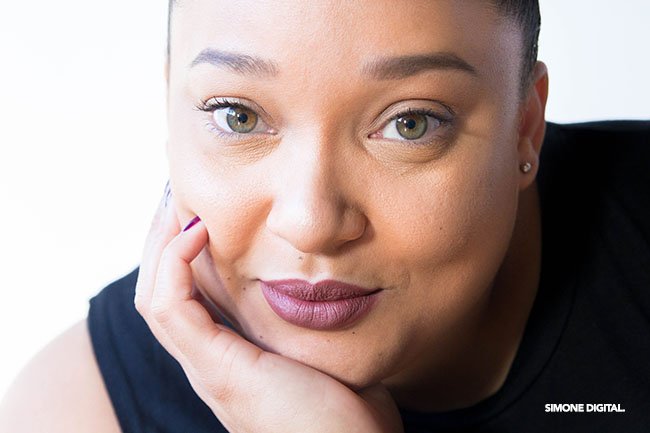 Makeup
Things You Need: A Perfect Mocha Mauve ...
We found this "ridiculously pretty", "perfect pinkish-brown nude" at the drugstore. You ...

Read This 👓
For Girls Who Afro Punk: Toccara Goes A...

Makeup
You Need These Makeup Brushes
Everybody needs a good set of makeup brushes that don't break the bank.